Do you always feel tired and can not explain why? Do you feel that you lack the power and vitality to cope with your everyday life? Are you having trouble getting up from the bed in the morning, even after adequate sleep?

The adrenal glands are two small wedge-shaped glands one above each kidney. They consist of the outer (bark) and the inner (marrow) section. In the adrenal cortex, the synthesis and secretion of the steroid hormones Cortisol, aldosterone, DHEA and sex steroids (testosterone, estrogens) are taking place. The adrenal medulla secretes the hormones catecholamines epinephrine (adrenaline) and nor-epinephrine (nor-adrenaline).

Cortisol, also known as one of the “stress hormones”, is one of the most important hormones and is essential for a number of physiological functions:

-Preservation (in balance with other hormones and peptides) of normal blood pressure levels.

-Adjustment of protein and fat metabolism. 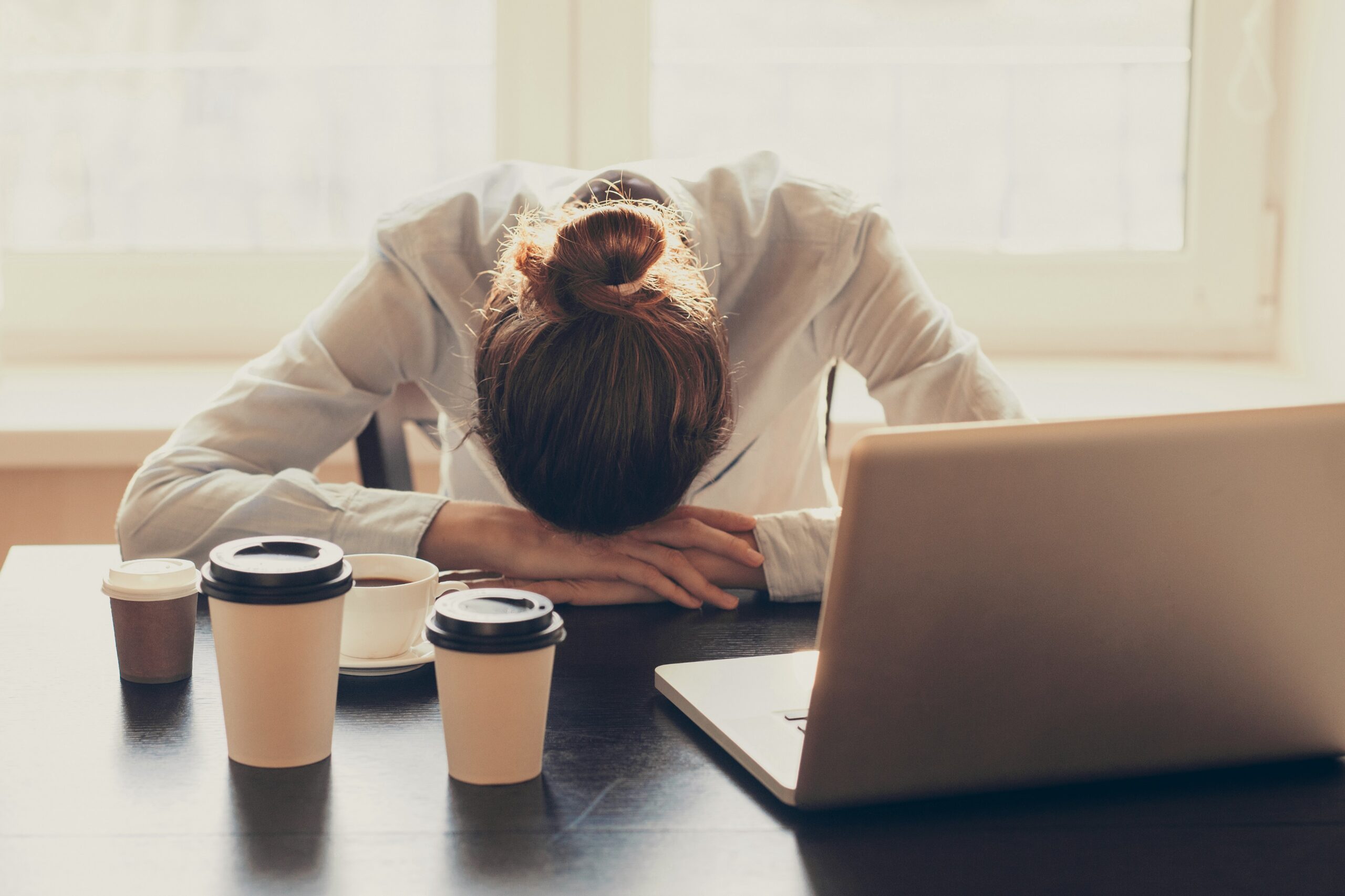 The synthesis and secretion of cortisol is under the control of CRH hormones (secreted by the hypothalamus) and ACTH (secreted by the anterior pituitary lobe) through mechanisms of negative retrograde regulation (increase in cortisol levels causes a decrease in CRH and ACTH secretion and vice versa ) as shown in the figure (‘Axis: Hypothalamus-Pituitary-Adrenal):

Adrenaline is the hormone that helps the body cope with acute stress situations. Fever, emotions, emergency situations, cold, arterial tension drop and hypoglycemia are the stimuli for its excretion. With its actions, it prepares the body to either directly deal with the stressor (combat reaction) or to avoid it quickly (escape reaction). (” fight or flight ” response)

Adrenal Fatigue is a stress-related condition that occurs when the adrenal glands and the hypothalamus-pituitary-adrenal gland do not work at the optimum level.

Symptoms and signs for Adrenal Fatigue include:

– Difficulty getting up in the morning, even after adequate sleep
In the early stages of this condition, patients are under considerable stress, and have high levels of cortisol and adrenaline. This interrupts the normal 24-hour cycle of cortisol levels (” circadian rhythm ”), leading to a state of increased alertness / alert in the afternoon / evening hours and thus preventing restful sleep.

In subsequent stages, patients will have consistently lower cortisol levels. (As reported, cortisol also regulates carbohydrate metabolism by increasing sugar levels and preferencing hypoglycemia, acting competitively to insulin in a dynamic balance). Thus, sugar levels tend to be much lower early in the morning. The body “perceives” it as a feeling of hunger, pushing the patient to awake.

– High levels of fatigue every day
In the next stages of this condition, the adrenal glands are depleted, unable to respond to the body’s needs and produce the hormones at the desired levels. This means that levels of cortisol as well as adrenaline and nor-adrenaline are generally lower than required.

The relative lack of these “essential” hormones explains the inability of the patients to respond to the needs of everyday life and to maintain adequate levels of energy. There is, however, the case, as we mentioned above, that some sufferers feel a ‘push’ of energy late in the afternoon.

– Inability to manage anxiety
When dealing with stressful conditions, we depend on our adrenal glands and the secretion of cortisol, adrenaline, noradrenaline. They regulate our response to stress and allow us to increase our vital energy, concentration and preparedness when we need them. When, therefore, our adrenals are “exhausted”, there is a difficulty in secreting the required hormones. Patients with adrenal fatigue often report lack of excitement, apathy, lack of interest, irritability and anxiety.

– Intense desire for salty foods
From the adrenal cortex, the hormone Aldosterone, a salt-corticoid vital for controlling blood pressure, as well as the balance of potassium and sodium, and other electrolytes, is produced. Patients with adrenal fatigue have reduced ability to maintain balance in potassium, sodium, magnesium, and water. Sodium losses lead to an increased desire for salty foods, which can be observed in people with adrenal fatigue.

– Higher energy levels in the afternoon hours / Sleep disorder
In healthy people, cortisol peak reaches early in the morning and is followed by a gradual decrease during the day (“nighttime” – corticosteroid excretion rate). (see picture below)

As mentioned above, in the early stages of this condition, sufferers are under considerable stress, and have high levels of cortisol and adrenaline. This interrupts the normal 24-hour cycle of cortisol levels (” circadian rhythm ”), leading to a state of increased alertness / alert in the afternoon / evening hours and thus preventing restful sleep.

– Excessive consumption of stimulants such as caffeine, sugar, etc.
Here lies the problem in the fact that these “stimulant” substances tend to lose their effectiveness over time. As chronic stress catastrophically affects the entire endocrine system, any energy boost you expect with a cup of coffee or a sugary snack is becoming more and more difficult to achieve. Also caffeine can further aggravate sleep disturbances. The more stress and fatigue increases, the greater the need for consumption of such beverages or foods. This ‘vicious circle’ that installs now leads, at some other time, to hormonal dysfunction and excessive fatigue.

In the presence of high levels of cortisol, in psycho-stressful stressful situations, in the early stages of the condition, this anti-inflammatory effect becomes very intense and leads to weakening of the immune system. This can last as long as the stressful stimulus lasts.

Correspondingly, in the later stages, cortisol’s low levels of cortisol allow the immune system to over-react, which can lead to over-response to pathogens, chronic inflammation, and manifestation of Autoimmune Diseases.

The key key points and general guidelines for nutritional support for the adrenal glands are:

01. Recognition of food allergies-intolerance
In order to avoid conditions such as “permeable bowel syndrome”, the malabsorption of micronutrients (vitamins, minerals, trace elements), the further weakening of the immune system.

02. Getting the right meals at the right times of the day and limiting (especially easy to absorb) carbohydrates
Breakfast is of prime importance. The body needs energy (after several hours of not eating) and the right source of energy will cover us throughout the morning. It is better to eat protein-rich sources and a low amount of carbohydrates.

We should also bear in mind that patients of adrenal fatigue have difficulty maintaining ideal blood sugar levels. We have already explained how they affect the metabolism of carbohydrates. Avoid consumption of sugar and other easy to absorb carbohydrates that lead to a sharp increase in blood sugar levels, respectively increased insulin secretion (depleting insulin secreting pancreatic beta cells) and a sharp drop in blood sugar levels exacerbating the difficulty of managing sugar by the cortisol balancing effect, resulting in a “feeling of hypoglycemia” and a “need to eat something sweet”. Many small meals are preffered. This will reduce periods of intense desire for snacks, “feeling of hypoglycemia” and the effect of stress on the hypothalamus-pituitary-adrenal axis.

03. Limitation of consumption of beverages with caffeine
Reduce caffeine intake: 200mg of caffeine can raise blood levels of cortisol by 30% within one hour!

Increase fruit consumption (but pay attention to the quantity in those that have an increased content of natural sugars, eg bananas, oranges, etc.), vegetables, pulses, not-processed cereals.

Take, always under medical guidance: Anti-stress supplements containing antioxidants, magnesium, calcium, chromium and zinc, as well as vitamins and trace elements that support adrenal glands, such as vitamin C, whose concentration  in adrenal cells is 10 times higher than in other cells in the body.

06. Supporting health of the Gastrointestinal System

Taking targeted formulations with probiotics and prebiotics to restore bowel dysfunction (balance disorder between beneficial and pathogenic bacteria, which make up the microbial of the intestine). 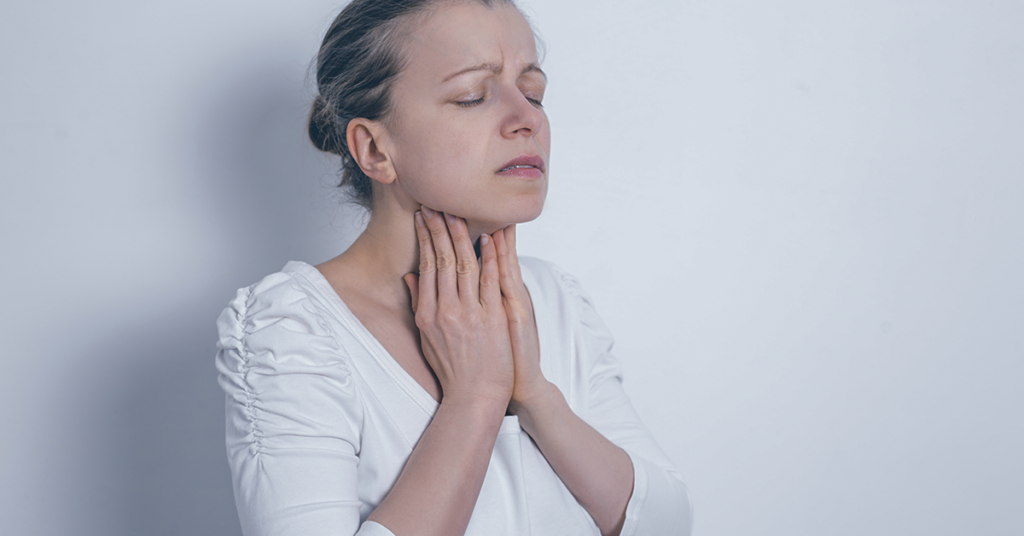 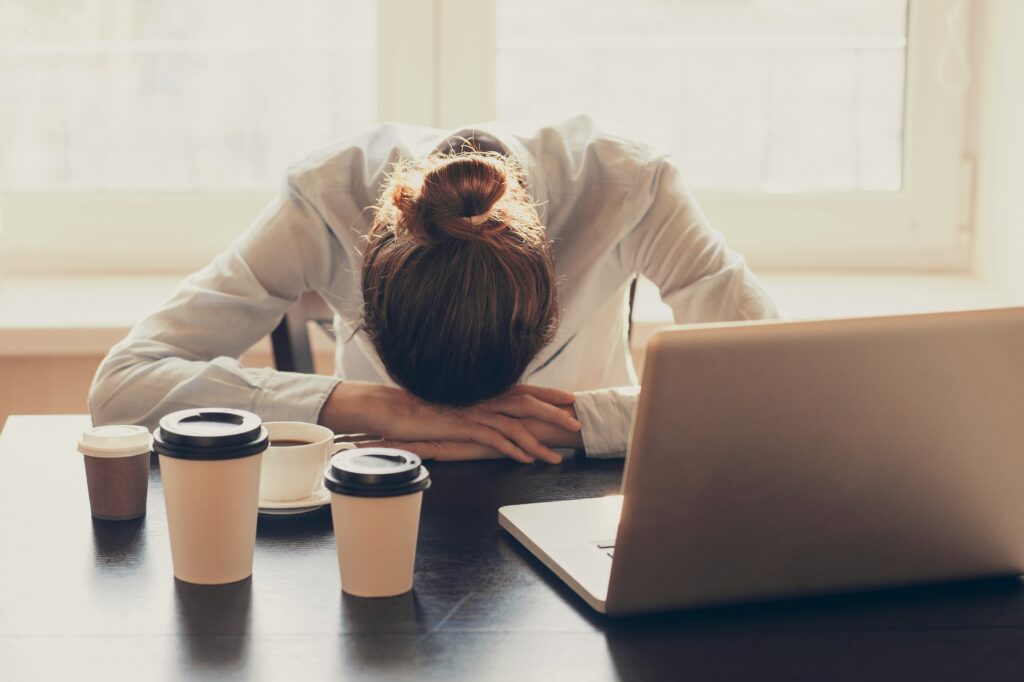